I came across an old ad mat from WWII for a lipstick that was made for service woman. After doing a little research on this lipstick; I thought this was a cool story about the company Cylax and their products. 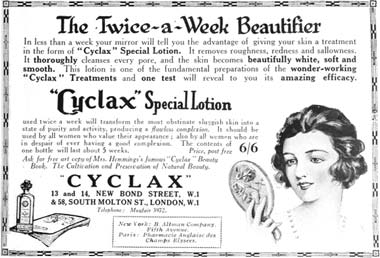 In 1902 the Cylax Company of London began to sell cosmetics. By 1910 Cylax was selling products such as skin care, hair care, face powders, lip lotions and soap to name a few. 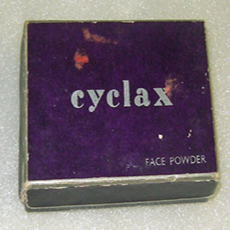 In 1919 Cylax products were being distributed to the United States. During WWII Cylax lost their factory in the London Blitz, the bombing of the United Kingdom by Nazi Germany. Temporary facilities were made until a new factory was built in 1953.

As a war effort Cylax made a burn treatment and a camouflage cream. 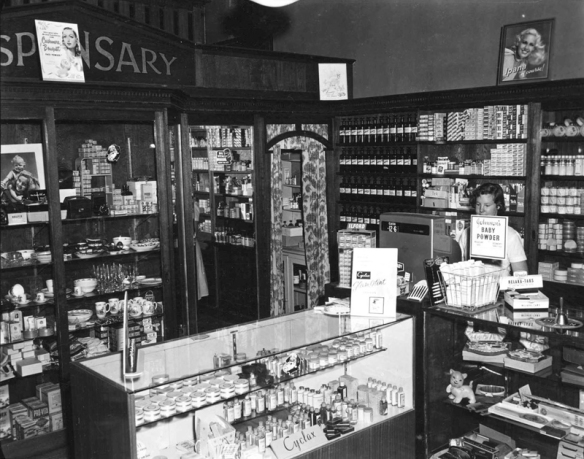 This is what I thought was such an interesting thing that seemed to have made a huge splash as a new trend.

In 1939 the company released a lipstick shade called ‘Auxilary Red’ made specifically for Service woman. It has been suggested that this lipstick started the use of bright red lipsticks during the war. 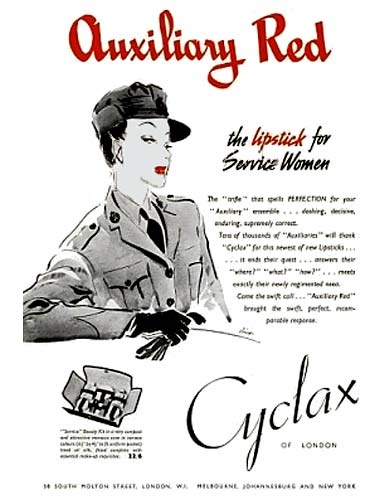 Towel Dry and a Good Cry is about a young girl, new to the hairdressing business, that learns all too quick that there is more to standing behind the chair than just cutting hair.  A story full of laughs and tears lies and fears with characters you’ll love, hate or will leave your jaw hanging open!

Available at your favorite ebook store

Available at these ebook stores